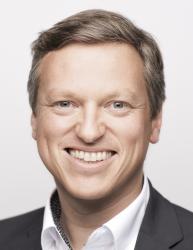 tl;dr: Utopian Sustainability needs to balance boldness and humbleness to envision a convivial future in which every individual can feel both at home and free.

500 years ago, English lawyer, philosopher and humanist Thomas More published his book »Utopia«. In it he described the »republic’s best state« on the island of Utopia, a fictional place that he used as a criticism and social commentary on the present state of European society at the beginning of the 16th century. The island of Utopia was then a thought experiment on how society might look like and how it might be structured if it followed the humanist ideal. The very word Utopia is of Greek origin and means a »non-place«, something that is not somewhere if only in our imaginary. To commemorate its anniversary, the Schader Foundation in Darmstadt, Germany organized a conference on »Utopia. Religion – Power – Society« in early November 2016. Together with Friederike Habermann, German economist and historian working on alternative global economic futures, and Eva Stützel from the Eco-village of Sieben Linden, I was on a podium discussing the various Utopias of Sustainability and what they might entail for the future of our society.

From Friederike Habermann I got a very crucial idea for the function of Utopias in society: if Utopia is the ever-receding horizon, the place that cannot be reached, then utopian thinking might be an exercise in staying agile for change – both as individuals and as a society. Sustainability can than act as an overarching and binding idea, like freedom or democracy, for focusing our thinking towards the horizon. Sustainability then becomes the utopian horizon itself, the promise of working our way out of the non-sustainable ways of the present and becoming more sustainable without every reaching that final state. Interestingly this is an expansionist narrative of human improvement, almost like the idea of progress in the bygone age of modernism.

What we can see today, after the end of the end of history, is a return of Utopianism to Sustainability. At least three Utopias might exist and they are mostly at odds with each other in one way or the other, yet they also seem to feed off each other.

Originally as an idea of making modernity more ecological through certain types of technology (renewable energy, energy efficiency) and institutional regulations (green taxes, environmental subsidies), the new Ecomodernist Manifesto is sporting a subtitle »From the Death of Environmentalism to the Birth of Ecomodernism«. With heavy support from the Breakthrough Institute in the US, Ecomodernism today is arguing for accepting the Anthropocene, the notion that humankind is now the predominant geological force on the planet, and accelerating technological progress dramatically. Their Utopia is one where human footprint on the natural environment is greatly reduced by severing humankind from nature as much as possible; by using technology to sustain and make us independent from resource use, by using Geoengineering and so forth. Ecomodernists see themselves as different from those who advocate Sustainable Development or Environmentalism, as these are thought to be focused wrongly too much on ecological limits and not on technological possibilities. There is a tendency within Ecomodernism that resembles trans- or posthumanism and appears like a green version of the Californian ideology of Steve Jobs, Elon Musk and the other Silicon Valley entrepreneurs.

With the grenade word of Décroissance, made famous by French philosopher Serge Latouche in 2004, a counter-narrative to the expansion-oriented society of consumer capitalism was thrown into the discussion of how to achieve Sustainable Development. »Down with Sustainable Development, long live convivial degrowth« was the slogan of advocates of Décroissance and the society envisioned by them is centered on contraction instead of expansion, of radical grassroots democratic renewal, small and localized economic activities and redistribution of economic and political power to these smaller units. It connects to the Buddhist inspired economic thought of E.F. Schumacher and the notions of a steady state economy described by H.E. Daly. Décroissance in English is called »Degrowth« and has a certain relation with the other notion of »Postgrowth«, though both mean slightly different things. This Utopia is strongly at odds with the Ecomodernist idea and also has its problems with Sustainable Development (c.f. the discussion between myself and Ashish Kothari, Alberto Costa and Federico Demaria).

»The Great Transformation« as an idea goes back to Karl Polanyi and today the notion of a Social-Ecological Transformation denotes the many large and small scale changes towards a sustainable society. This entails projects like the German Energiewende that is both a large scale project in which a new energy system with new technologies should emerge, but also a small scale project in which everyone can play a part with solar cells on your rooftop or with joining a citizens-based energy cooperative. It focuses on both technology as well as social change, with a strong focus on new institutional regimes. I called this Utopia banal because most of its elements are actually very visible today, be it the technology like electric mobility or the possibility to change your individual behavior like using carsharing. What makes it still utopian is that we do not see it yet on a large scale and society-wide. But at least in the German context, this Utopia is not very much contested as the broad trajectory, although questions on the role of economic growth very much remain.

Maybe this last point is interesting when talking about Utopian Sustainability. Utopia is a non-place, it is nowhere to be found. Given the urgency of our many states of non-Sustainability, it would be rather necessary to find it somewhere, to experience a new world in real life. This is why I am convinced that we do not need non-places so much, but »other-places«. French sociologist Michel Foucault used the term »Heterotopia« to describe these other-places. They are real, existing places that can be experienced. They are counter-places within society, enabling us to live a real (sustainable) life in the wrong (non-sustainable) circumstances. Foucault himself gave examples for Heterotopias with prisons, movie theaters, museums, pubs, Volksfests and the likes. For Sustainability, an urban gardening initiative can be (or create) a Heterotopia. Lets stick with that for a second. Such an initiative is not one other-space but multiple spaces. It is a space in which urban areas are renewed via gardening and sometimes also farming (ecological space), while at the same time fostering human skills (human space) and increasing social cohesion in neighborhoods (social space). Heterotopias are many places. And sometimes they have a certain temporality attached to it. Celebrating car free Sundays are temporal Heterotopias, just as pop-up stores or flash mobs are. Flash mobbing for ecological awareness? There you have an other-place for Sustainability. One description of recent years within Sustainability research might capture the character of sustainable Heterotopias best: social experiments in real laboratories or urban labs (in German »Reallabore«). These labs are real places in which new forms of sustainable living and engaging with each other and the natural environment can be tested. The QuartierZukunft in Karlsruhe, where my university is located, is one of these labs. It is interesting to see the shift from »planning« (for a societal transformation for example) to »experimenting«. It is a sign for more humbleness on the one hand (experiments are allowed to fail because we do not know the future plus they are small scale, so there is no large scale harm if they fail), and for more playfulness on the other (experiments are done in a safe space and everyone is invited to try it for themselves). Sustainable Heterotopianism as a way to humbly and playfully experiment your way into a more sustainable future: that might be a path worth following.

There are dangers on the way, however, dangers with Utopias, dangers with Heterotopias for Sustainability. I can think of probably four of these dangers we have to be careful about:

The naïve believe that technology and society can be molded to our liking, this overtly optimist »can do« mentality, that we can know how the future will look like and what the consequences to our actions are. In F.A. von Hayeks’ words: our very human pretense of knowledge. Humbleness may be good antidote to that.

A lot of these more heterotopic ideas have a certain air of escapism to them, of shutting out the rest of the world. Ecovillages might be a case in point here. But a sustainable community is not a sustainable society and cannot act as a role model for that. What is needed is stronger connectedness between these islands or peninsulas (F. Habermann) of Sustainability and other-living with each other and the rest of society.

Often a fellow of escapism, localism is following the dream of local communities, of small scale human engagements, of »small is beautiful«. It often shuns out that there is a wider world and that its ugly neighbor is nationalism and xenophobism. As Eva Stützel remarked, communities need to be exclusive and have hard boundaries. Society, on the other hand, can be open and inclusive.

Both technological and societal Utopias often neglect the human individual and its free agency. The freedom to choose not to live in someone else’s Utopia is overlooked all too easily. Abandoning your humanity and severing your ties with nature in some technofuture might not be a dream for a lot of people, but rather a nightmare. The same is true for grand narratives trying to transform the people of the present into somewhat better people of the future. We are humans and as such we fail. Balancing boldness, without which we would never dare to dream up better futures, with humbleness and friendliness to the failures of others and our very own failures appears to be more necessary than ever.

What remains open, very utopian probably, is the question of how we will actually live once sustainable Utopia (or Heterotopia) is here and everywhere. For me, the notion of Conviviality by Ivan Illich is a guiding light. Illich placed individual autonomy at the heart of Conviviality and, as Christian Arnsperger argued, at the very heart of a sustainable society. This individual autonomy is thereby realized in interdependence with other fellow human beings, other beings and the natural environment itself. It harks back to the aboriginal notion of »Country« as a network of the living and combines communal embeddedness based on social cohesion with individual self-determination based on freedom of choice and diversity. Now such a society would really be at the very heart of Utopian Sustainability. Lets exercise to reach out!

Interview with the new face in the SENSE team: Annette Gisevius
SENSE Project: An Interview with Maren Baisch and Jedida Ravindran
Diwali at Karls: Home away from home
Working with the community: 5 steps to a successful community project at Karls