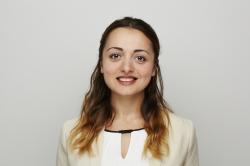 I decided to write my very first blog about Ukraine and not only Ukraine but the whole world. Because, in my opinion, what has been happening in Kiev is not just something that concerns Ukraine but the entire world.
Since my childhood I’ve been dreaming about the song of John Lennon “dreamer” to come true.

” imagine there’s no countries
It isn’t hard to do
Nothing to kill or die for
And no religion too
Imagine all the people living in peace. ”

I think it’s beautiful that we have so many different countries. I admire the varieties of the cultures and traditions. I don’t mean that the whole world should be the same, but just if we could be as one, together. Because together we are stronger!
Ukrainian people wish to join EU, not just because they believe that their quality of life will increase but also because they are tired of Russia having power on them. They are tired of being not FREE. Yes, in 2014, in 21st century, there are still countries which suffer because they just cannot be free. I know how each and every person feels now in Ukraine, I know how much they suffer but also get stronger. I come from Georgia. Country which has been going through for a very, very long time hurtful stories and terrible times. In August 2008 turning on TV in Tbilisi, in Georgia was the scariest thing I could do. Seeing in other cities of Georgia, hundreds and thousands of people loosing their families, their houses, seeing bombed cities and crying mothers, raped 10 years old children… The only question I had was, WHY? Is there something on earth that is worth for making so many people die and suffer? I was thinking to myself, God, if politicians or the president of the Russia don’t have hearts why don’t those soldiers have hearts? Anyone? How can they touch 10 years old children don’t they have children themselves? Would they want someone to do the same for their families? Why?
The same is happening now in Ukraine, for being finally free, they are suffering and fighting for it. Because those people have a dream and for a real dream people sacrifice! People sacrifice for the better future and the future of their children. I hope that the whole world will help Ukraine to do a big step and finally not let Russia to govern THEIR OWN country anymore. I hope that after several years when I will read my post that I’ve written today it will be a past and a memory. I hope that soon the countries like Ukraine and Georgia will be independent and free forever. I hope with my whole heart that the world will learn how to live in peace.
The post is devoted for all the people in Ukraine fighting for freedom! I am with you! The whole world is with you!
Nino Khachiashvili IB4

Awareness as the first step of becoming an Anti-Racist: Educate yourself!
Exploring Karls: Feminism with Professor Dr. Ella Roininen
How real is a lecture in Virtual Reality? My experience in teaching a class in VR
On Gender Equality: An interview with Prof. Dr. Ella Roininen